OpenShift is a Kubernetes platform developed by Red Hat, a vendor of development tools. At its core, Openshift incorporates container technology from both Kubernetes and Docker. The platform allows developers to streamline workflows in the development of applications, while retaining enterprise-grade security and comprehensive multi-tenancy features. The OpenShift platform saw a 28% gain in usage in 2021, according to Datadog, conveying the platform’s popularity in cloud container technology.

Docker is a prominent open-source container-as-a-service (CaaS) platform that provides a comprehensive set of modern tools necessary for software’s swift construction, deployment, and integration. Docker is used in continuous integration and continuous delivery (CI/CD) processes to evaluate the effectiveness of the code.

With the proliferation of container technology, due to its characteristics that have rendered application development quicker and more effective, it is clear why most firms are beginning to adopt them in their operations. For instance, 46% of firms polled ranked container-based apps as their top software development priority for the coming year, according to a Red Hat analysis published in 2021.

Though adoption of container technology is getting popular, when it comes to choosing the platform, enterprises often struggle to decide which platform to use. Both OpenShift and Docker are equally capable of providing efficient services.

So to assist you in determining which is ideal for your organization, see below to explore the distinctions between OpenShift and Docker:

Red Hat OpenShift is a containerized Kubernetes platform that offers developers a wide array of tools and features to minimize the hurdles faced by developers during the development stage. They can utilize the admin interface to monitor container resources and health, manage users, and engage with operators.

OpenShift can be deployed across cloud and infrastructure borders and is utilized as a platform-as-a-service (PaaS). OpenShift also reduces the operational complexity of managing self-managed Kubernetes (K8s) clusters. Developers can make project resource requests via a web interface using the PaaS methodology, and CI/CD approaches and workflows significantly shorten delivery times. OpenShift also limits user access to certain system regions, due to its integrated security controls, end-to-end authorization, and authentication.

Docker is a core container technology that generates portable, self-contained application containers that can run in the cloud or on local computing gear. Docker is platform-neutral, so it can easily deploy and operate on any platform. And it offers a simplified user interface, so Docker is less complex and easy to learn for beginners.

Docker offers several tools: including Docker include Docker Engine, with capabilities for container virtualization; Docker Compose, which enables the orchestration of multiple containers; and Docker Swarm, which allows the management of container clusters across various networks. Developers can easily carry out software development and testing tasks with the help of these tools.

OpenShift vs. Docker: Use Cases

Cisco had difficulty engaging its staff of 1,000+ in software development. The company needed to find a dependable solution to manage the large staff of developers and build products swiftly to fulfill client needs. As a result, Cisco relied on OpenShift to design and create the Lightweight Application Environment (LAE). The LAE is outfitted with a wealth of tools that will allow developers to create and test the application. Processes that would ordinarily take up to three months to complete were accomplished in minutes and with manual interaction in one click, due to the LAE.

Lenovo sought to rapidly transform its IT services from a traditional to cloud environment to fulfill business expectations. However, the migration of out-of-date systems took longer than anticipated, and they had to deal with several obstacles and the inconvenience of periodic updates. Lenovo used OpenShift to simplify, which improved overall automation and DevOps collaboration for increased productivity.

BMW depended on DXC Technology to produce an effective technology to develop a platform where BMW could effortlessly deploy and monitor the development processes when they were having difficulties producing intelligent technology for their line of vehicles. A Kubernetes-based platform with automation and deep learning (DL) features was created by DXC Technology and built on OpenShift. This allowed BMW to quickly and automatically handle the procedures associated with application development.

Due to its pricing options, Alibaba Cloud is frequently chosen by startups and micro-businesses to develop their websites. Numerous e-commerce websites use Alibaba Cloud. Therefore, the platform relied on Docker technology to run operations quickly and smoothly. Alibaba was able to quickly perform many actions on a particular website while running as many containers as necessary, due to Docker.

Numerous colleges and universities use the virtual learning services offered by Wiley Education Services (WES). The business wanted to broaden its services and establish relationships with new partners in education, meaning it needed to collaborate with efficient technology to design and publish the website more quickly. To achieve this, Wiley used Docker to quickly develop, test, and publish containers using Docker at a fair price.

Before the ultimate deployment, every application’s development process faces many challenges. Some functionality may need to be changed, and development teams may need to update the application’s architecture. Without the appropriate technology, doing this takes time and resources. You can quickly get around this by using Docker to segregate various computing environments and run numerous instances of the application layers on various tenants. This typically long procedure typically can be sped up using Docker.

When it comes to container technology, OpenShift and Docker are both broadly adopted options, although Docker appears to have somewhat more favorable reviews than OpenShift. While Docker is a fundamental tool for creating new containers, OpenShift is a developer alternative, due to its industry-grade technology and capabilities. Since OpenShift is also based partly on Docker, more businesses are choosing Docker to create effective container technology.

Being a highly praised and recommended container technology, both OpenShift and Docker have garnered some prominent recognition.

Along with awards, Docker has been a preferred container platform for many prominent IT firms.

The container management and orchestration solutions Docker and OpenShift are well-known. They both have distinct advantages and features that make them ideal selections based on your needs.

Docker is the preferred choice for developing, maintaining, and deploying containerized applications. The user-friendly Docker graphical user interface (GUI) is another factor in why most organizations use it.

Additionally, Docker has a devoted and enthusiastic community and expert support, making it straightforward to discover answers to various issues. The best option for lone developers is Docker, because its services are offered in both free and economical options.

While OpenShift offers a more sophisticated set of capabilities, specific development teams may find this platform too complicated to use, particularly startups and solitary developers. Also, RedHat OpenShift installation is more complicated, and not all container images from public registries may be utilized because of higher security rules. 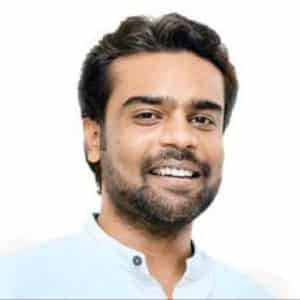 Kashyap Vyas
Kashyap Vyas is a writer with 9+ years of experience writing about SaaS, cloud communications, data analytics, IT security, and STEM topics. In addition to IT Business Edge, he's been a contributor to publications including Interesting Engineering, Machine Design, Design World, and several other peer-reviewed journals. Kashyap is also a digital marketing enthusiast and runs his own small consulting agency.