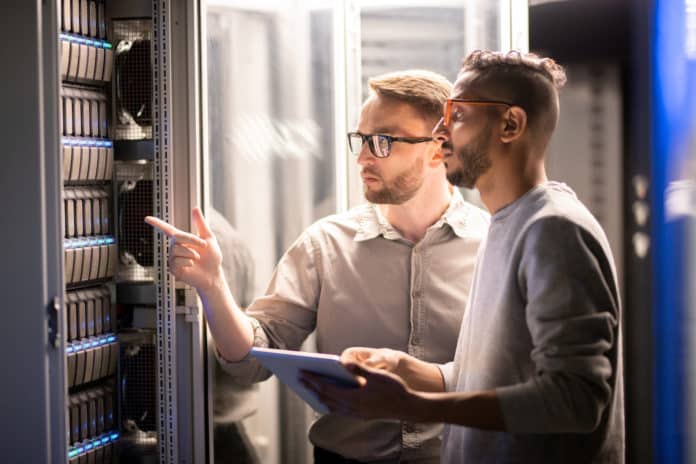 Server virtualization exploded almost two decades ago when VMware emerged. And it has come a long way.

Windows boxes used to litter data center floors, each running only one application. Now, physical servers can be split into a great many virtual servers or virtual machines (VMs).

As well as VMware, companies such as Microsoft, Red Hat, Citrix, and others have transformed server virtualization by boosting utilization rates, consolidating workloads, simplifying maintenance, making it much easier to provision VMs and distribute patches, centralizing management, and more.

Here are some of the top trends in server virtualization:

Virtualization has traditionally been about getting more and more performance out of a server and associated CPUs. But that is changing,

“Security over performance is the primary trend for server virtualization in 2022,” said Scott Leatherman, CMO of Vertione. “As large and small companies are still figuring out how to retain their top engineering talent post-pandemic, the distributed workforce is not going away, and cyber-attacks are rising.”

The need to enhance the security of server virtualization in 2020 and 2021 created several trends like zero trust platforms, extended detection and response (XDR), and secure access server access (SASE). Leatherman believes performance will continue to give way to extend access to maintain a distributed workforce.

The prevalence of Kubernetes running on VMs will increase steadily, according to Leatherman. After all, bare metal for Kubernetes provides better performance optimization, streamlining capacity management, and simplifying operational complexity. However, many companies have already moved their infrastructure to be dependent on virtualization vendors, and supply chain challenges in 2022 may make spinning up bare metal hardware a nonstarter.

Server virtualization technology may be the cornerstone of the success of the cloud. But the move to the cloud has led to yet another wave of server virtualization. More and more organizations are moving their workloads and applications from physical servers to virtualized ones. This trend is ongoing and strengthening.

But as organizations pursue a “cloud-first” policy, cloud-native services and applications are being developed to support employees to access the cloud anywhere, anytime through any platform. Such a new application scenario requires replicating legacy enterprise IT architectures in the cloud environment. This requirement leads to other virtualization technologies emerging in addition to server virtualization.

Historically, compute needed to be collocated with the data to perform well. But this created problem – once which have only become exacerbated by the data explosion and the awesome amount of compute power that is now available. This has saddled organizations with an ongoing challenge. How do they get edge, on-prem, and remote data to the application in the quickest, most cost-effective way?

Virtualization holds the key. By adding success layers of server and other forms of virtualization, new architectural concepts can be implemented to add performance, particularly in this era of real-time analytics. In such an environment, designers it may be easier to bring the apps to the data rather than vice versa.

“With new technology, we’ve reached a pivotal moment: one where you can instead bring your application to your data,” said Harry Carr, Chairman and CEO, Vcinity. “That newfound control over the location of your data and agility of your applications reframes the possibilities for where and how you optimize your organization’s storage and infrastructure.”

Drew Robb
Drew Robb has been a full-time professional writer and editor for more than twenty years. He currently works freelance for a number of IT publications, including eSecurity Planet and CIO Insight. He is also the editor-in-chief of an international engineering magazine.